I'll just open with a short observation drawn from Alexander Herzen's My Past and Thoughts.  There seems to be a bit of a contradiction in how he and his coterie would argue so seriously about philosophical ideals, but then he has a general aside how he dislikes the serious young men of Germany but the Americans are even worse.  (I think he tries to square this by describing some of the high-jinks that his Russian friends got up to.)  While I probably would have gotten on reasonably well with Herzen as an adult, I was extremely serious in high school (this old before your time is exactly what Herzen dislikes).  (Actually, I am trying to recall some of that moral fervour in The Study Group -- how successfully is still to be determined.)  Generally, Herzen tried to be open minded and understand where people are coming from and why they act the way they do.  As he aged, he definitely became more empathetic, though he seemed to take an instant dislike to overly bureaucratic types, whom he kept running up against.

At any rate, I should try to find a way to dampen down my general antipathy to Millennials, given what a bad hand they have been dealt in terms of a bad economy and far fewer of the benefits that the Boomers got (Gen X falls somewhere in between), and if the worst environmental scenarios play themselves out, then they will definitely be forced to deal with this at a time when they should be looking forward to retirement.  I see from some general surveys that they actually do take an interest in the environment and that they generally are less materialistic with respect to the big-ticket items like cars (and they may never have their own homes).  However, the ones that I encounter seem to never take their eyes off these tiny little screens, and consequently, they seem to be extremely shallow and interested in the most trivial of things, aside from their more general problem of over-sharing (that will certainly come to haunt them later).

Despite these proclaimed intentions, I often fall short. I will have to say that Suzannah Showler's Failure to Thrive did little to change my perception of Millenials as trivial and unserious.  So this review starts from a fairly negative place, and I will understand if you decide to bail at this point.

There was one serious misconception on my part and that was I read "Whale Fall" as "Whale Fail," i.e. when Twitter goes down.  However, a whale fall is a real phenomenon that would be somewhat familiar to someone living in Newfoundland for instance.  I liked the lines from the last stanza: "Because this is one way the earth ends; / abyssal, superlative with all-dark, / an absence too thorough / to be imagined in a living body."

However, it is unclear whether Showler spent much if any time on the coast(s) to really feel whales in her bones, as she is from Ottawa and did her creative writing program in Toronto.  It seems she has actually decamped to Columbus, Ohio.  I guess none of this matters, but she isn't a place-based poet in the sense that some of the eastern poets are.  She tends to focus more on little ironies with her fairly-cerebral poems and draws on cyberspace as her "place." (In fact, Showler says that "Whale Fall" was inspired by a Radiolab program, apparently this podcast in fact.)

I think my favourite from the collection is probably "Pretty Good Time at the Olfactory Factory," which tries to generate strong smells in the mind of the reader:

Incidentally, the cover of the collection has an image of a Scratch 'n Sniff sticker, which presumably relates back to this poem. 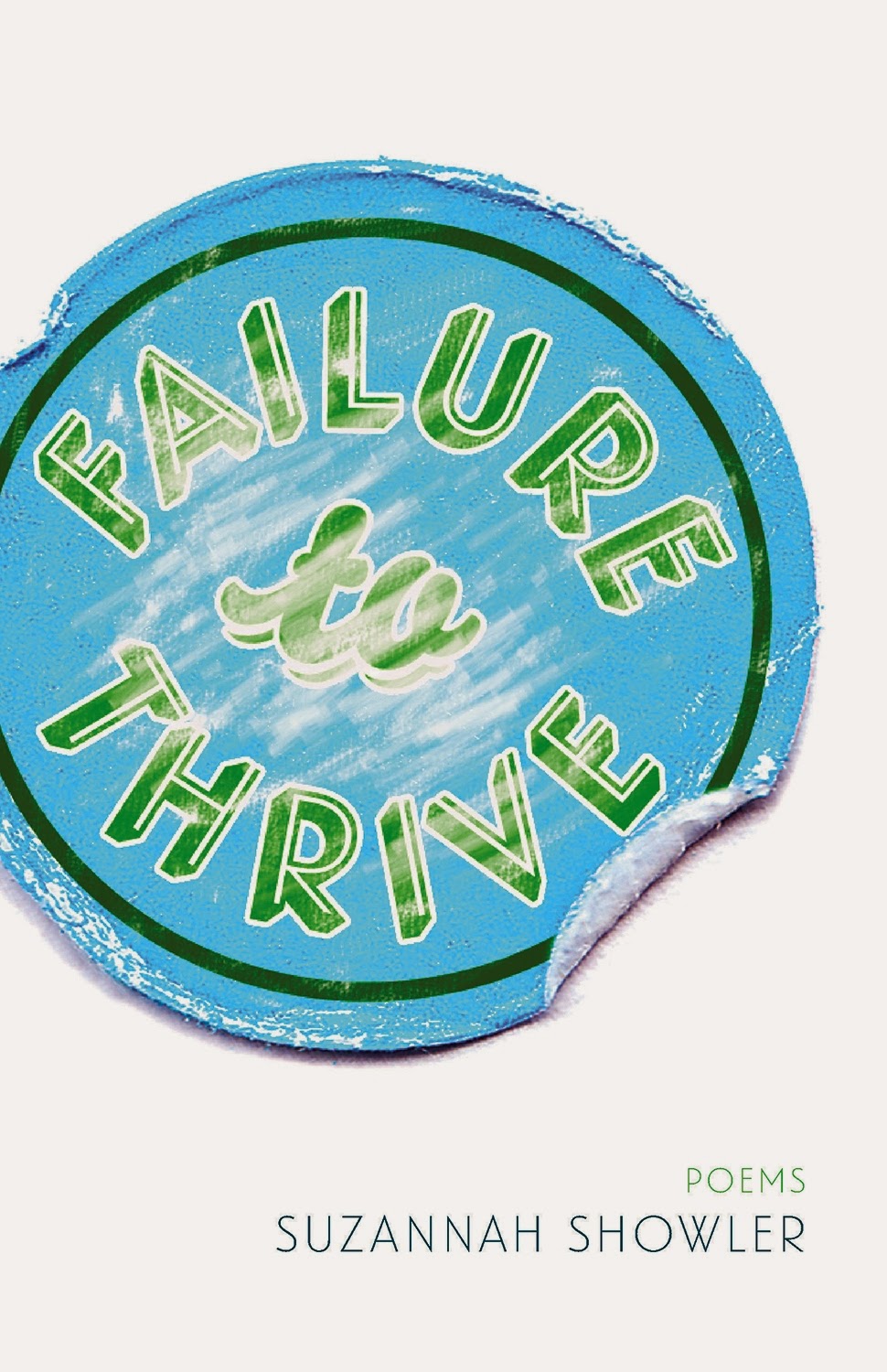 I also was amused by the idea that her idea of a disaster was being dragged by an invisible force back to Ottawa.  This is a poem from the section Sucks To Be You and Other True Taunts (which is perhaps appropriate the part of the book where she sounds the most like a Millennial).  The poem is "Why Don't You Go Home and Cry About It?"

I have a feeling about a very slow
apocalypse where we are all drawn
back to our hometowns by something
like a magnet that attracts whatever
inside us is most mediocre and true.
...
... I'll need something
to think about when I am caught,
post-apocalpytically, in Ottawa,
Ontario, the capital of Canada,
where my parents still live.

I found there were a few decent poems, which is not bad for a first collection, but on the whole Showler's voice and preoccupations are not of great interest to me, and that is at least in part due to generational differences.  I even found myself out of sympathy with the Radiolab folks who take some really interesting material, but cut it oddly and add a bit too much attitude and snark to it.  I can tell it's going to be a long, painful time for me as the Millennials come to the fore (while still living in their parents' basements) as I am so out of step with them.
Posted by Eric P at 11:44 AM