This recent novel by Karen Hill is a bit challenging to review.  It's quite incredible that it was written at all, given the struggles of the author with severe mental illness.  It is also incredibly sad that she was not alive to see its publication.  She had been working on it on and off for years, and it was largely in its current state when she died (perhaps the family found some comfort in that it was a freak accident and not death by suicide...), and then her brother, the author Lawrence Hill, did some minor editing and brought it through the publication process.  So it is a sad first and last work by Karen Hill.  I'm probably giving judging it slightly differently than other novels due to the author's struggles, though there were still more than a few things about the novel that troubled me. 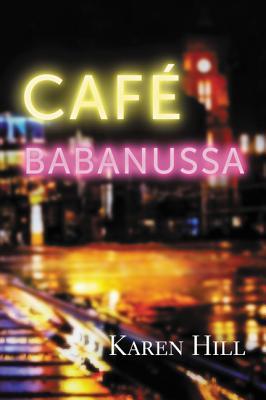 This piece gives a brief overview of how Lawrence Hill approached the task of editing the novel, as does this Toronto Star story, with the added benefit of family photos.  The foreward to the novel goes into a bit more detail about his interactions with Karen.  The novel is supplemented with Karen's non-fictional essay "On Being Crazy," which shows that the bouts of mental illness apparently intensified over her life (and seemed even more incapacitating than those that were represented in the novel).  There is no question that this is quite useful (if sad) documentary piece written by someone who had experienced mental illness, as well as experienced different health care approaches to mental illness.  While I can think of a few novels and novellas that try to get inside the head of a person suffering from mental illness (Lessing's Briefing for a Descent into Hell, Gogol's Diary of a Madman, arguably some of Tolstoy's and Dostoevsky's and even Joseph Conrad's characters, Joseph Mitchell's Joe Gould's Secret, though that is a bit of a stretch, etc.), this may well be the only one actually written by someone suffering from such debilitating mental illness (rather than just visiting on the fringes of madness as many authors do).  So Café Babanussa is quite valuable from that perspective.

That doesn't really answer how well it works as a work of art.  I think that will depend on how compelling readers find Hill's life story (at least through her travel to Berlin and back to Toronto).  Again, there are very few novels out there that show mixed-race individuals living in West Berlin in the 1980s, particularly those following a bohemian lifestyle.  The novel is paced reasonably well.  I found the dialog serviceable, though somewhat clunky in the opening and closing sections.  I think it would have benefited from a more demanding editor, which is generally the case for most novels published posthumously.

Ultimately, I just didn't like the character of "Karen," who made, in my view, one bad decision after another.  I've never been comfortable with novels which celebrate open relationships or "free love," regardless of whether the main character is male or female (though the latter is certainly rarer).  At one point, Karen takes a break from Berlin and does some agricultural work in France and basically hops in the sack with any cute French man she comes across.  I just can't support such choices, but the real deal-breaker for me was when she persists in hooking up with a German drug addict, even after she knows he is a user.  I really lose interest in characters that make such terrible life choices.  I'm sure I see too much of myself in Werner (Karen's estranged German husband), though hopefully I am somewhat less uptight/controlling and certainly less racist.  Probably the final straw for me was when she meets an African artist (estranged from his German wife) at the Café Babanussa.  She starts up a relationship with him and, at some point, decides that to really feel Black (rather than mixed-race) she wants to have a Black child, so I guess she stops using birth control or is more careless than usual.  This was really a selfish decision on many levels, particularly as she knew she would be heading back to Canada relatively soon and that her unborn daughter might never even meet her father.  Basically, how positively the reader feels about "free spirits" will shape how much they like this novel.  Given some of her flitting around Europe and the precariousness of her Berlin days, I actually saw a few parallels to Dos Passos's USA Trilogy (itself a now neglected work of art, which I would encourage people to read once in their lives).

Anyway, the most troubling aspect of the novel is the ending (and here follow some severe SPOILERS).

I have to say, I wish Lawrence Hill had provided some insight into whether this was artistic license or real.  (Karen had made some major edits to her personal history when she merged her two brothers into a fictional sister, for example.)  At any rate, her nightmares get more vivid between her first and second hospitalization and she starts dreaming she was raped.  These become more and more real, and at some point she wonders whether she is actually regaining buried memories that she was molested as a young girl.  Then she decides that these are real memories, and that it was a specific family friend.  At least part of her return to Canada is prompted by the need to confront him (again, just a terrible decision for someone as mentally fragile as she is by this point).  I don't know what the medical literature says about whether childhood trauma can trigger or worsen mental illness in someone who was already genetically disposed to it.  (This study suggests it is a key factor, though it doesn't appear to unravel the relative causation of genes and trauma.)  Anyway, what I am getting at is that Karen Hill may have invented a fictional abuser in order to shift "blame" away from her mother (who also had bipolar disorder).  To my mind, the confrontation scene is completely unbelievable, particularly when the abuser (now at death's door) admits he did abuse her -- and says that the main reason he abused Karen was to take her successful father "down a notch"!  On top of everything else, this is a far too pat (if sad) resolution to her story, written from a women's studies perspective.  It would seem that she can now go into therapy and successfully fight off these demons now that she knows the truth, when in fact Karen's mental illness returned many times in Canada (and actually seemed more severe than when she was in Germany).  I personally won't try to dig any more into her actual biography, but it definitely leaves a big question mark over the novel.