I read Al Rempel's This Isn't the Apocalypse We Hoped For some time ago, probably all the way back in January!  In my defense, I have generally found it harder to review poetry collections than novels, as it is very hard to convey the overall feel of a collection.  Typically I only end up focusing on the two or three poems I like best, and that can perhaps skew the review towards my mood at the time.  But I'll do my best.

In late 2013/early 2014, I was reading a fair number of poetry collections that I had been tipped off to by the BC Poetry in Transit series.  Here are the actual subway placards for 2013, and here is a page with a more general overview of the program.  I'd already heard of W.H. New's YVR, but several of the others were new to me.  (In general, 2013 looks a bit stronger than the 2014 offerings, though I think I'll check Jane Munro's Blue Sonoma out of the library.)

As it happens, the title poem, which is probably the strongest in the collection, is reprinted in its entirely on the subway placard.  I'll just reprint the first and last lines:
the trains bend and bend and follow the recursive river
and they carry everything I need
...
somewhere in the North Pacific, my plastic obsession
is being stirred into the brine by an invisible finger

If I am following this, I think what Rempel is discussing is how the freight trains are carrying all kinds of unnecessary consumer goods, many of which will ultimately end up in landfills or, worse, be flushed out to the ocean.  He may also be thinking of several news reports from a couple of years ago about the large number of shipments from Asian (of mostly plastic items of one type of another) that ended up going overboard and cluttering up the ecosystem.  We as humans really only have ourselves to blame for this despoiling of nature, though in the case of a place further north, like Prince George, BC where Rempel resides, much of the pollution comes from outsiders.  Obviously, a cheerful message for Boxing Day,* but it is always worth keeping in mind to keep excess consumption to a minimum and to recycle as much as possible and to absolutely not dump in the ocean.

The general anxiety becomes far more specific and pointed in "Have a Bath" where a parent's fears for his (or her) child becomes quite overwhelming. Danger lurks behind every decision that one makes:
what isn’t a question of risk management? we send
our children off in automobiles and buses.
one minute, their smiles bobbing in the window —
but we mustn’t think of it, mustn’t imagine
gasoline tankers or ditches. we’re not sure
how much reality we make with our minds.

Just thinking of the boogeyman can summon him up!  This is particularly on point, since we are just starting to let our oldest walk around the neighbourhood (a bit) on his own and perhaps next year he'll be able to walk to school on his own. Anyway, the parent finally tries to relax a bit in a hot bubble bath, but still seems very edgy. The final line emphasizes how much generalized anxiety has settled in: "wait for the phone to ring", i.e. it is only a question of when (not whether) disaster will strike.

Moving on, to a slightly more positive poem (though one that still implicitly criticizes the wastefulness of the North American consumer) "We Love Bananas":
here’s what we do with bananas. we buy them just
when they’re turning yellow. we play the Tarzan
theme song in our heads as we carry them to the car.
we place them in a ceramic bowl and leave them
out with the still life. we forget to eat them and they go
soft. we put them on the top shelf in the freezer.
we throw them out when we can’t fit
the box of pizza in. we’ve already bought more.

I'll end with a poem about ferries -- "Leaving the Terminal." While I found a few good poems about ferries while researching my poetry and transportation anthology, they are still relatively rare. This poem launches into the voyage from the start:
we’re on board
and the ocean rises to meet us.
the men at the gates are left standing with their safety vests on,
recede with social conventions and the rebuke of seagulls.
we should talk about the light —
it’s gone.
...
your hand on my arm draws me back
not to you, but to the beating rain
which runs rivulets down the ferry windows
lit up in the ferry’s strange light

what is it? you ask

I found over time, the lack of capitalization felt a bit gimmicky, especially since Rempel didn't go full-cummings and eliminate all punctuation. Note also that "I" remains capitalized throughout. It's a small point, I suppose.

In general, this struck me as a collection that tended towards darker themes. Relationships were somewhat fraught and miscommunication common. There was a sense that disaster, particularly environmental collapse, was just around the corner. If the end of the world was coming, we wanted something else, perhaps something more glamorous...

That isn't to say there aren't more light-hearted poems in the collection, but the ones I thought were the strongest had at least some dark elements to them. I'll try to remember to look up Rempel in a few years to see if he puts out another collection and how closely it follows Apocalypse.

* Edit: I probably should not pick on my neighbours, but I was just astounded by the amount of wrapping paper they were tossing out on Boxing Day (at least it was being recycled), indicating a somewhat out-of-control Christmas. 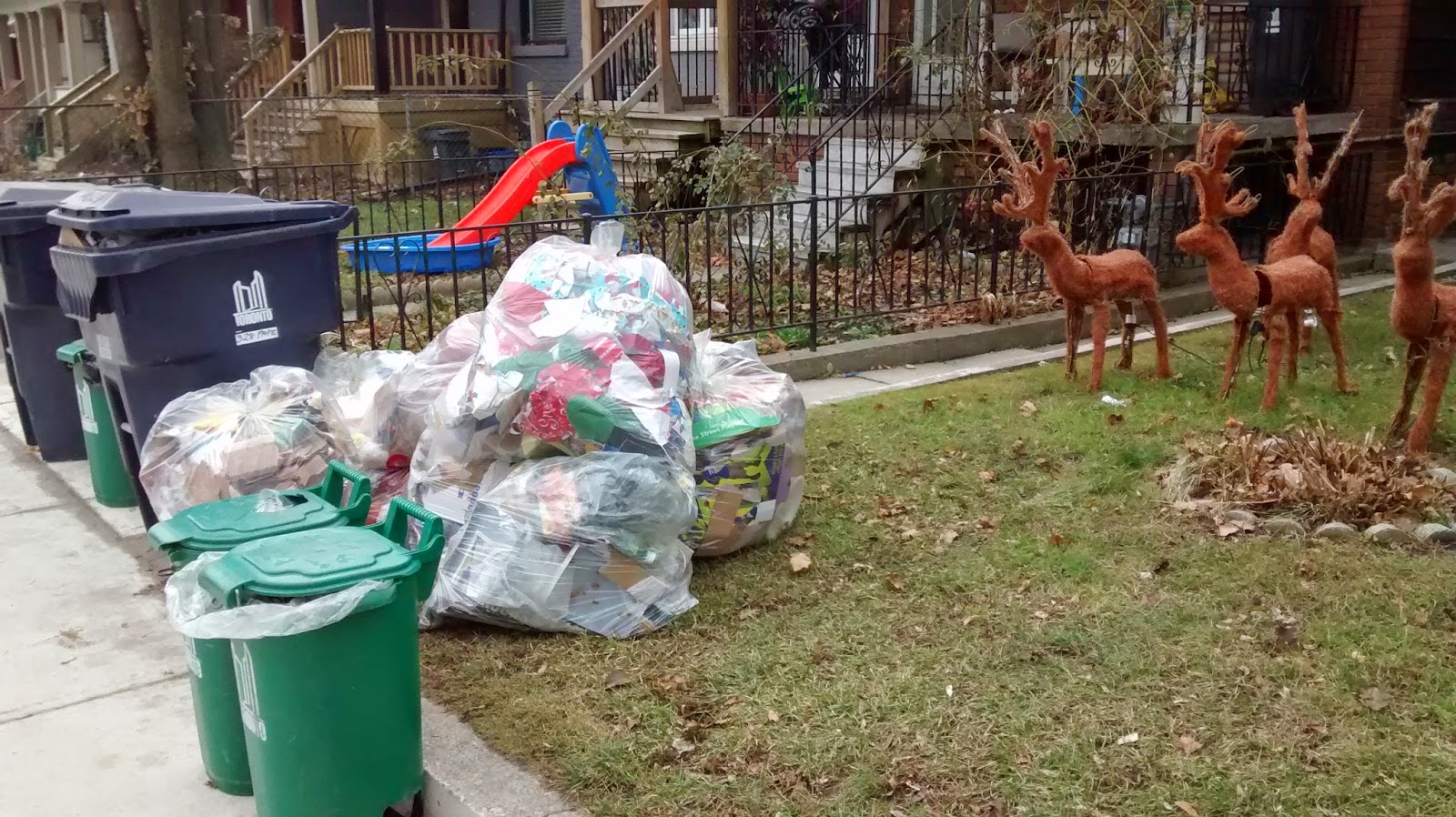