I keep thinking this book is titled The Soul of All Great Desires.  At any rate, this short novel by Neil Bissoondath does involve desire, both sublimated and acted upon.  There are a number of steamy scenes throughout. 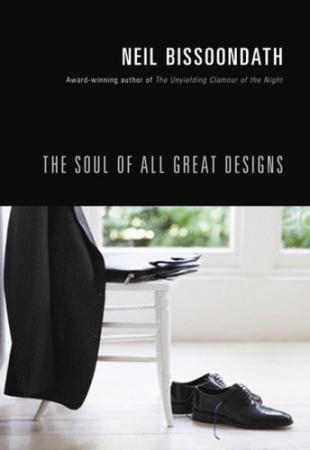 To cut to the chase, I found this novel fairly disappointing.  I found its construction too calculated.  Bissoondath has come up with two characters who have strong reasons to keep secrets.  One has built up an interior design company by pretending to be homosexual (more on that later).  The other is the only child of Indian immigrants, who have brought their notions of caste and a horror of their daughter marrying a non-Indian to wherever they actually live.

While I generally thought the woman "Sue" had a plausible back story, I had a bit more trouble believing the interior decorator's story.  Not to feed into stereotypes too much, but I think his original client would have eventually leaked the story that he wasn't gay.  More to the point, to have been in that business for 10+ years and to not have slept with anyone!?  People would definitely talk and start to wonder.

(Actually, I found one of the more annoying aspects of the novel to be that Bissoondath seems to set the action in a totally generic city, though it is definitely not Vancouver or Seattle.  It is probably a Canadian city, but he talks about smog at one point, plus the difficulty of finding a downtown apartment due to the rent control system.  Toronto doesn't have any meaningful rent control, though that seems to be about to change.  Also the decorator seems to have gotten his start in the mid 90s or even late 80s (even the time frame is vague though there is one sentence that places the action after 9/11), and the gay community would have been far more organized in Toronto by then.  (There is some discussion of how everyone was just waiting for a gay interior decorator to come to town!)  Lambton seems to be a real place in southwest Ontario.  So it is possible that the city is Sarnia or London (unlikely that the father would have driven much further than that every weekend just to sell sandwiches and pop out of a van), but it seems pretty inconceivable that the downtown rents ever would have been particularly high in either of those places.)

Anyway, these two characters have a chance encounter, and, despite knowing the risks, begin a relationship that quickly gets hot and heavy.  It works quite well as long as both of them agree to sneak around.  But then one of them decides that the ground rules need to change, and things get out of hand.  Frankly, I thought the ending was a bit predictable.  Also, I'm finding myself picking more and more holes into the story a few days after reading it, which is always a sign that I wasn't really moved by the characters or the setting.  At least it was short...